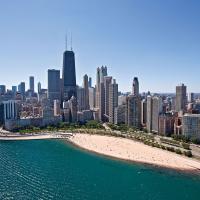 As July drew to a close, the Chicago foreclosure auction numbers continued their climb back to healthy summer numbers.   After taking a pretty significant hit during the week of July 14th, the Chicagoland area has been gaining traction again over the past two weeks.  Now, as we welcome the hot days of August, the number of properties sold to investors have continued to fight back, landing in the mid-80’s last week.

A few of the other counties stepped up their games, as well.  Lake, Will and Dupage counties have been performing fairly consistently over the past month, usually peaking at right above or below the double digit mark.  Last week, however, the numbers were slightly shaken up.  Dupage and Will counties did well, selling 13 and 14 properties to investors, respectively.  Unfortunately, Lake County suffered, selling only 3 properties all week, which is a closer to statistic to those seen in smaller counties like Kane, Kendall or McHenry.

August is often the most exciting time at the foreclosure auctions for Chicago and the surrounding areas.  Last year, July was the highest-selling month of the entire year, but 2014 has proven to buck the more traditional numbers we’ve seen over the last few years.  With the late-bloomer affect we’ve been seeing throughout this year, it seems like August could be the hottest time for the Chicagoland area in 2014.