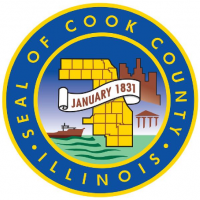 The first week of June saw 74 Chicagoland foreclosures sell at the auction, while the week before had 78 properties sell.  The numbers have been falling a little more with each passing week since a great peak in sales during early May.

On a county-to-county basis, Cook County is, yet again, in the lead.  Chicago-proper’s county sold 39 properties to investors last week, including some homes that went for great deals.  One such deal was a 969 sq. ft. single family home in the Roseland area of Chicago.  The property sold in 2001 for $130,000 and its current Zillow estimate is $103,401, but it sold last Monday for $3,658, which equates to 96 percent less than its estimated value!

Though that individual investor got a good deal, they may have been better served to wait a bit longer, since the Roseland neighborhood home values are expected to drop by 4.4% over the next year.  Anyone looking to invest in that area should give it a few more months before buying for optimal home values.

Another area of interest for investors to keep an eye on over the next few months is Midlothian.  A 2 bdrm/1 bath home sold last Friday for $15,841, which is 82 percent less than its Zillow estimated value of $96,385.  Again, the home values are expected to drop by 2.1 percent in Midlothian over the next year.