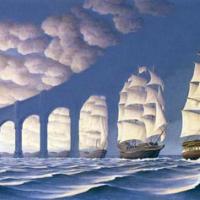 Chicago foreclosure sales increased by almost 20 properties from the first week in August to the second.  From August 11th-15th, the Chicagoland area sold 93 properties to investors at the auctions largely due to Cook County and its rebound from the previous week.

Cook has been fluctuating more than usual this summer, which has made it a big influence on the health of the foreclosure real estate market in Chicago.  For example, last week, the Chicagoland area sold 75 properties to investors, and, though this is typically a fairly high number for the area, during the summer we expect numbers in the 80’s and 90’s.  And the gap was caused that week because Cook County sold only 35 properties at the auction. This past week, however, Cook rebounded and sold 44 properties to investors.  Though this number is still a little low for the county that makes up Chicago-proper, it was the difference between an okay week and a great week.

This time last year, Cook County was averaging 50 properties per week, and even that was a dip from the near 80-per-week average it was putting up last July.  So, what’s changed this year?  Well, some of the other counties have been doing better than last year.  For example, Will, Lake and Dupage counties have been stepping up in the past few weeks, causing overall numbers to do well, despite Cook’s floundering.  Still, this shouldn’t be affecting Cook County’s individual numbers.  Mostly likely, Cook is underperforming because of the old stock that is sitting on the market, decreasing home values in Chicago neighborhoods.

We’ll keep giving you the most up-to-date auction and foreclosure information so you savvy investors can help get the foreclosure market in Chicago back to ship-shape!