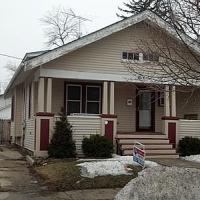 The last full week of April.  It's been over a month since the first official day of Spring, but it's only now that the weather is starting to warm up and be more consistent.  Side by side with the changing seasons, the landscape of Chicago foreclosures is also on the verge of blooming.  For the third week in a row, Chicago has sold more than 90 properties to investors, a feat which surely indicates that summer is on the way.

Kane County is the big stand-out from last week, however.  The little county to the Northwest of Chicago usually sells less than 5 properties, but jumped to 9 properties sold the week before last. This week's 10 properties seem to indicate that Kane County could just be getting started.

One of the properties sold last week from Lake County is located in Waukegan, IL and sold for 81 percent below its Zillow estimated price of $79,543.  The bidding started a $29,700 and sold for $31,000 last Tuesday. The 2 bedroom/3 bathroom home appears to be in good shape and sold in 2005 for $135,000. Plus, after bottoming out in June, home values are on the rise in Waukegan and have been making significant leaps since January 2014.