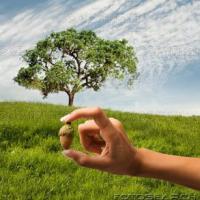 It’s a new month and after taking a break from the auction sale report last week to announce our exciting new mapping system, we’re back to tell you how the Chicagoland area has been faring!  As April waned and May waxed, the number of properties sold to investors increased from the already-high 90 properties sold between April 28 and May 2 to the even-higher 107 properties sold last week.

Cook County did well last week, selling 56 properties at auction, which was an increase of 13 properties from the week before.  The numbers for the last week in April and the first full week in May actually had very similar numbers down the line.  However, besides the big leap in Cook County sales, one other county really made up the difference from 90-107 and that county is Will.

Will County has been known to fluctuate significantly over just the span of a week or a month, so it is no surprise that its pattern of rapid growth and losses has continued.  What was cool about the last two weeks, however, was that Will was actually able to double its sales at auction.  From April 28th -May 2nd, Will had only 8 properties sell, but last week it posted an impressive 16 properties sold to investors.

Lake County has also played a party these last two weeks.  Though less exciting, the county has maintained 14 properties sold to investors each of the last two weeks and that consistency lends allows for smaller changes in counties like Kane and Kendall.  Kane County sold 4 less properties last week than it did the week before, and Kendall County sold only 1 property last week where the week prior it had 6 properties sell to investors.

As usual, the bigger counties in population and area tend to have the largest numbers – and the most interesting changes from week to week.   This week was no exception, with Cook, Lake and Will counties seeing the most action and driving up the number of properties sold at auction as we plant ourselves more firmly in the month of May.  Hopefully the numbers we’re sowing now will mean investors will reap big rewards as we approach summer.