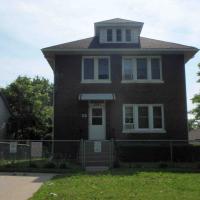 The bloom may be off the rose.  After two weeks of impressively high numbers from the auctions, the Chicago foreclosure market may be settling into its annual winter slump.  In the first two full weeks of 2014, there were 270 properties sold to investors which created an average of over 100 properties sold per week for the year so far.  Last week, however, was unable to live up to those promising beginnings.  Still, the 75 properties that sold at auction from January 20th-24th was not an altogether poor showing, either.

As usual, Cook County provided the majority of those sale numbers by selling 36 properties to investors last week.  However, solid numbers from Kendall and Lake Counties this week also served to bolster the region.  Kendall County is one of the smaller Chicago land areas and usually posts modest numbers, typically selling between 5-7 properties per week or less.  This week, however, the little county stepped up to sell 11 properties to investors.  Lake County, which usually has pretty reliable sales numbers, had been languishing a bit over the last few weeks of 2013.  Now, however, it is almost always selling more than 10 properties per week and is becoming an ever more important portion of the regional sales numbers for Chicago.

Lake County served as an enticing area for one lucky investor last week.  A home sold for less than one fourth its estimated Zillow value in North Chicago last Thursday.  It’s estimated worth was $154,608, but the 2 bedroom, 2 bath home sold for only $21,120 which is 89 percent less than the value!  Zillow predicts that home values in that area code will rise by 2.9 percent this year and will rise 3.1 percent in North Chicago as a whole; meaning that great properties like this may be more sought after than ever as the year goes on.  Stay up on the trends by signing up for the Illinois Foreclosure Listing Service’s monthly membership where you’ll get frequent updates on that latest properties on the market in Chicago and its surrounding areas.