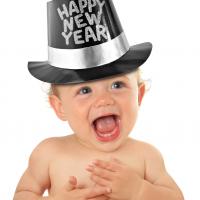 As the lights went down on the year 2013, the New Year signaled an opportunity for positive changes in the Chicago foreclosure market.  After being stalled by the holidays, snow and cold weather in December, real estate in Chicago was able to shrug off the mediocre auction statistics and excel in January.  Though some of the high numbers may be due to the lack of action in November and December, it could also serve as a good omen for the local real estate market in 2014.

The biggest news for the monthly statistics is the number of properties sold at auction last month.  January saw a 75.10 percent increase in properties sold to investors over the previous month.  That number is extremely high for the timeframe in which it occurred. However, it is important to keep in mind the abnormally low number of properties sold in December, which caused a slightly inflated percentage for January.  In other words, December helped set January up to look good.  Still, even when compared to last year’s auction statistics in January, there was a 28.41 percent increase this year.

While January 2014 has proven itself to be an eventful month, it is important to remember that December numbers were low, making this month’s numbers perhaps aberrantly high.  Still, the high numbers across the board make it safe to say that at the very least, 2014 is off to an auspicious beginning.