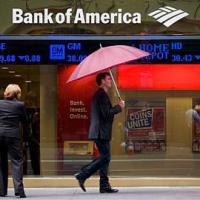 A flurry of legal and regulatory action last week in New York and Nevada could have implications in the Chicago area and across the country as banks and officials seek remedies to charges of widespread abuse in mortgage lending and foreclosure practices.

The federal agency overseeing Fannie Mae and Freddie Mac has sued more than a dozen major U.S. banks for billions for dollars charging they packaged and sold substandard mortgages.

The Federal Home Finance Agency (FHFA), which assumed oversight of the two mortgage financing agencies after they failed in 2008, is attempting to mitigate future loses from failed loans. Among the banks sued are JP Morgan Chase, Barclays, Citigroup, Bank of America and Deutsche Bank. Other financial institutions included:

Industry observers are concerned that last week's action by FHFA could undermine the banks' attempts to settle charges of mortgage abuse in negotiations with attorneys general of all 50 states. The major banks, already facing massive capital losses as a result of the mortgage fiasco, were hoping to enter into comprehensive settlements that would cap their ultimate liability. The newest round of suits is a signal that settling with the states may not end the legal action.

With major banks already facing tens of billions of dollars in liabilities to settle charges of abusive mortgage lending and foreclosure practices, payouts of that magnitude would reduce earnings and weaken capital levels. Experts fear that might substantially reduce the banks' ability to lend money that could provide a much-needed boost to the nation's foundering housing market.

Nevada's attorney general has accused Bank of America of continually violating its $8.4 billion agreement with that state and others to address charges of fraudulent lending at the Countrywide unit it acquired in 2008.

Separately in New York, the Federal Housing Finance Authority and dozens of investors filed objections to the bank's proposed $8.5 million settlement as compensation for losses related to Countrywide's mortgage-backed securities.

Nevada Attorney General Cortez Masto has asked a federal judge in Reno to allow the state to back out of its agreement with Bank of America and instead sue the bank on behalf of homeowners. Masto alleges the bank continues to mislead homeowners on the reasons for denying mortgage modifications and in some cases begins foreclosure proceedings even while modification requests are pending. Under the 2008 agreement, the bank was supposed to help 400,000 homeowners modify their loans.

In yet another action, a group of homeowners sued to block the New York agreement, claiming it would accelerate foreclosures and prolong mortgage abuses. The homeowners, who are seeking class action status for Countrywide borrowers, also want the bank to be compelled to follow servicing policies higher than industry standards.

The agreement between Goldman Sachs and New York banking regulators over charges of improperly reviewing and signing foreclosure documents — also known as robo-signing — could pave the way for agreements with other regulators nationwide.

Goldman Sachs, its Litton Loan Servicing unit and Ocwen Financial Corp. — which is in the process of acquiring Litton — have agreed to halt the practice and to examine existing paperwork for evidence of mishandling. Additionally, they agreed to reduce payments for some homeowners. Dozens of U.S. financial institutions have been accused of robo-signing mortgage and foreclosure documents nationwide instead completing the legally required reviews.