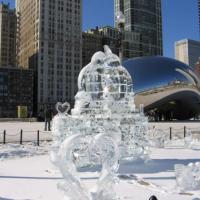 Record levels of Chicagoland foreclosures, an Illinois economy in recession and home sales at a four year low have forced Illinois Realtors® to pay attention to the once niche market of foreclosures in order to survive and profit.

In late 2005, early 2006 the Illinois real estate market was reaching its peak with record home sales and property appreciation.  Simultaneously, and fueling the real estate boom were thousands of homeowners qualifying for loans with little or no ability to actually pay for those mortgages in the ‘sub-prime’ mortgage market.

During this boom period Illinois Realtors® experienced healthy sales figures and found it relatively easy to find buyers who were more than eager to jump into a market flush with rapid appreciation.  Fast forward to early 2007 and the market began to unravel as homeowners faced rising payments on adjustable rate mortgage that they were unable to pay, banks saw millions of dollars of non performing loans, and foreclosures began to grow at an exponential rate.

With the change in the Chicagoland real estate marketplace and record foreclosures, Illinois Realtors® have had to shift their strategy in order to maintain business.  More and more realtors have began taking classes on short sales and subscribing to foreclosure listings in order to keep up to date with the marketplace.

“When I started as a Realtor in 2004, buyers were easy to find in the residential and commercial real estate market,”  Says Darius Borbor, Realtor with Prudential Preferred Properties in Chicago.” but as the market began to slow I began to pay more attention to foreclosures and working on short sales.  In fact it is now a part of my daily routine to check the new commercial foreclosure listings.”

Last month in the Chicagoland area there were an additional six thousand new foreclosures and with key economist predicting recessionary pressures well into 2009 it is a good bet foreclosures in Illinois will continue to be essential knowledge for Illinois Realtors®.