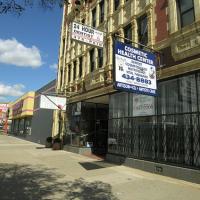 Chicago foreclosures had shown some signs of relief as August saw a total of only 1472 new filings, well off the July record of 2000 foreclosures.  However this decrease was only temporary as foreclosures climbed 13% from August to September and another 19% in October.

Englewood on the south side of Chicago continues to suffer through the largest number of filings for any neighborhood with a total of 76 foreclosures in the month.

All Chicago foreclosure statistics are provided by ilFLS.com, the Illinois foreclosures listing service, and are recorded daily, directly from the Chicagoland counties.  If you would like more information, custom data, or a profile written about your area contact us.