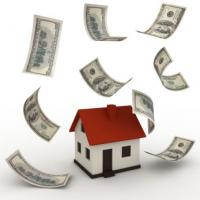 "Flipping" homes is growing in popularity as the U.S. real estate sector experiences more foreclosures daily. In fact, foreclosures have more than doubled in the Chicago land area from 2005 until the present time. Between the seven main counties of Cook, Dupage, Kane, Kendall, Lake, McHenry, and Will, there were a total of 32,107 foreclosures in 2005. This number increased to 89,302 foreclosures in 2010. Flipping houses is legal and can be a huge potential source for income if done right. Foreclosures provide potential buyers with a perfect opportunity to flip homes.

Fixing up a home to make it more desirable and to sell it faster and for a profit is a strategy frequently promoted and supported by real estate agents and investors.  While there are several foreclosed homes in livable and valuable condition, there are also plenty of rundown foreclosures available that are tarnished by water damage, missing plumbing equipment, and molding properties which are not very appealing to many except to investors and professional rehabbers.

However, as the worth and condition of foreclosures and the locations has become more less biased and widespread, and thus improved, so, too, has interest in them by consumers. An REO, or real-estate owned foreclosed home, are plentiful now and banks are going to great length to entice buyers into purchasing REOs. Some banks spend thousands of dollars on new paint and carpet, refinishing floors, replacing old or broken windows, and  repairing leaky roofs.

REOs have increased tremendously over the past five years. The total REOs for the seven chicagoland counties in 2006 amounted to 6,982. REOs more than doubled in 2007, there were 14,831. In 2008, there were 25,451 REOs. This number stayed steady through 2009, 24,549. Again, the number of REOs increased in 2010 with a total of 31,283. This trend of banks fixing up foreclosures means that the average person trying to sell their home will have to be more reasonable and realistic with their listing price because foreclosure sales may be priced a lot more appealingly to prospective buyers.

In other news, the foreclosure trend in Cook County has been slowed because of cutting corners and illegal filing procedures. It was reported in the Chicago Tribune on March 2 that Moshe Jacobius, a judge from Cook County Circuit Court, has halted over 1,700 mortgage foreclosures. The halt stems from a report by Fisher and Shapiro LLC that the foreclosure cases consisted of illegally altered documents. This includes changed affidavits, fees added after signing took place, added attorney’s fees, insurance costs, and other miscellaneous fees.  The majority of these foreclosure cases were filed in the past three years. A a small number of them date back to 2001. Most of the cases are of residential properties.

This issue indicates a warning to purchasers of distressed homes, including those interested in flipping homes, which account for about 50 percent of local home sales. There are several impending legal issues if the title transfer process was pursued incorrectly.