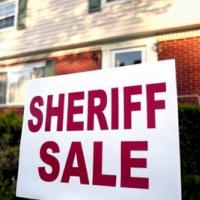 Foreclosures completed through auction in the Chicago area during the first half of 2011 fell to the lowest level since the onset of the housing crisis, according to recently released figures from ILFLS.com. During the same period, the length of time it took to complete foreclosures increased dramatically.

Days to foreclosure completion, defined as the time from filing until completion of the auction (resulting in either a sale or the property reverting to bank ownership), increased 25.5 percent to 359 days during the first half of 2011 compared with the first half of 2010. That also represented a 26.9 percent increase over the 2009 period and a 50.8 percent increase over 2008.

Based on data released by ILFLS.com, The Illinois Foreclosure Listing Service, the number of auctions completed declined substantially during the first half of 2011, to 9,144, or more than 50 percent lower than a year earlier (17,951). Nearly 93 percent of the properties that completed the auction process did not sell and reverted to lender ownership (REO, or real estate owned).

New foreclosure filings in the six-county area declined about 13.5 to 36,034 during the first half of 2011 compared to the year-earlier period. The decrease may be a combination of the slowdown resulting from the robo-signing controversy, government initiatives to assist distressed homeowners and homeowners renegotiating their loans. Despite the decreased activity, the overall inventory of foreclosed property continues to grow because of the longer times to completion and the fewer foreclosures completed. The state's percent of homes in foreclosure compared to all residences with mortgages has reached 7 percent, up from 6 percent a year earlier. Illinois is among the four states with the highest percentage of properties in foreclosure.

Attorney General Lisa Madigan this week filed lawsuits against four more Chicago area companies and attorneys, alleging they bilked homeowners out of as much as $375,000 through bogus mortgage rescue or loan modification schemes. In fact, Madigan claims, the companies and their attorneys charged up-front fees but performed little, if any, services to help homeowners avoid foreclosure.

The latest suits were filed in Cook County Circuit Court against ZeTrust Legal Services, of Chicago; Legal Modification Network LLC, based in Woodridge; Loan Litigators International LLC, a now defunct company that operated out of Lombard; and Exelpol Management & Consulting Inc, a dissolved corporation based in Schaumburg. The suits seek civil a civil penalty of $50,000 against each plaintiff plus an additional $50,000 for each act committed with intent to defraud.