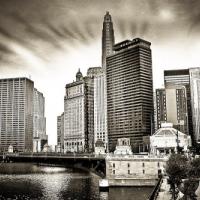 The Chicago real estate foreclosure trend seems to be following the same path it has been for the last three years or more. All foreclosures within the Chicago area are at twice the national average and are currently second in the nation in the amount of home foreclosures. In September alone there were over 8,000 homes which went into foreclosure in the Chicago metro area alone.

Current statistic shows that one out of every 471 Chicago metro homes is somewhere in the foreclosure process. In Illinois, the number is close to one in every 658 households. The current national average for home foreclosures in the United States is one in every 1,030 homes. The only area hit harder then the Chicago metro area is Dallas, Texas.

Experts at ILFLS.com, Chicago local provider of Foreclosure Data, estimate the number of foreclosures in 2009 will surpass those of 2008 easily with at least 10-15%. For Cook County this numbers may be even higher depending on the latest speed in new filings and the capacity the County has to handle them. This means there will be even more houses flooding the market, bringing the prices down in a housing market which is already hurting.

Real estate analysts blame the housing boom of the late 1990s which lasted into the early part of the 2000s. They explained that during this housing boom there were plenty of loans being made to high risk individuals who are now finding a hard time making ends meet. These individuals were being placed into homes which had loans they were not going to be able to afford, and now the market is reflecting these actions. These two factors are being exacerbated by the economy which has taken a downward spiral for the last few years.

The type of loans given during this time has also had an impact on the amount of foreclosures across the nation. There were many loans made which were offered out with low interest rates which would convert later to a higher interest rate, which resulted in higher mortgage payments. Families who were already paying for a home they could not actually afford were suddenly hit with a mortgage payment which was substantially more than when they first got the home. This resulted in families who had to cut back on other things in order to make their mortgage payment, or they begin living off of credit cards in order to maintain their lifestyle. This created a ticking time bomb which finally went off when the economy went south.

The national trend does not look any better. As of September there were 913,000 foreclosures filed in the United States. This number is up 63,000 from 2008, when there were 850,000 foreclosures filed nationwide. With the current trend foreclosures could hit the 1.2 million milestone by the end of this year. Forecasters are hopeful that the Chicago real estate foreclosure trend will finally hit bottom by early next year and begin to climb back which signals an economy on the rebound.